Here are some pictures from the Stockholm Mini Maker Faire 2014. I didn’t have much time to look around during opening hours so most of the pictures are taken before the faire opened on Sunday morning.

The most impressive build by far was done by Jonny Eriksson with his creation popmaskinen (The pop machine). Popmaskinen is an electromechanical one man band. Not suprisingly Jonny Ericsson was awarded maker of the year 2014.

Jonny is a musician/electrician/furniture carpenter and building Popmaskinen was a way for Jonny to put all his skills to the test. The heart of Popmaskinen is the spinning metal barrel called ”taktverket” which translates loosely into the pace keeper. The taktverk was designed by Jonny and then manufactured using a CNC-lathe. Taktverket contains a myriad of little holes into which little bolts can be inserted. As the taktverk spins the bolts that has been inserted into the taktverk hit little switches that in turn trigger one of the instruments to play a note. The function is similar to how a music box works. What note that gets played is controlled by the keys on the main unit and the strumming action is controlled by at what pace the the spinning cylinder is turning at.

To be able to play both in major and minor scales Jonny has built a custom two necked guitar where one of the necks is tuned to a minor chord and the other neck to a major chord. To control the guitars Jonny has mounted electromagnets all along the guitars necks and for the strumming actions. He had to rebuild the guitar three times before he finally got it just right. The casings that houses the mechanics of popmaskinen is built from MDF and the absolutely stunning finish of the surface has been achieved by using car enamel. The estethics of Popmaskinen makes me think of cars from the 1950s and the whole build screams hard work and quality. 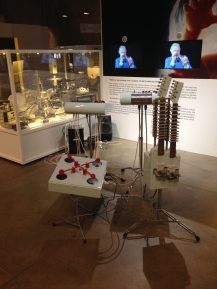 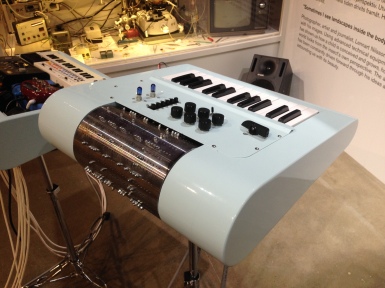 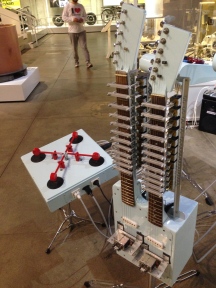 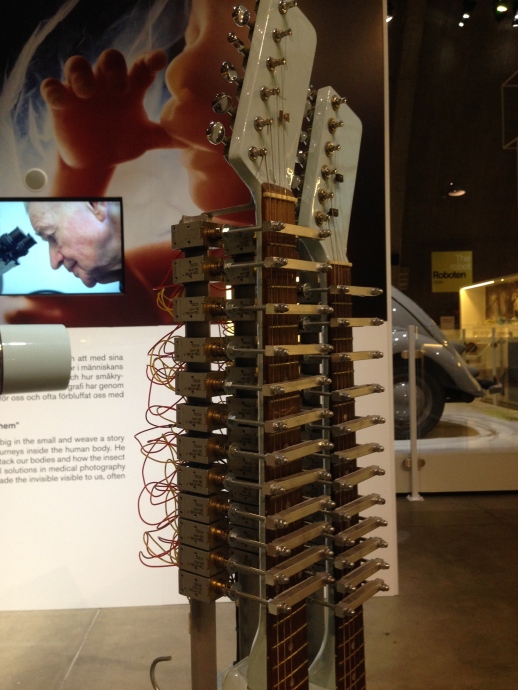 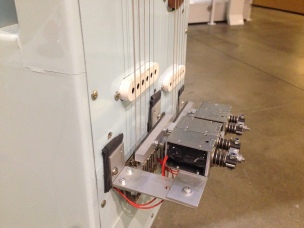 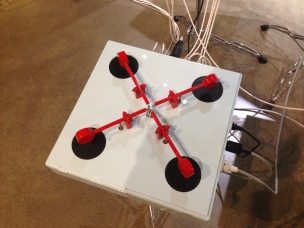 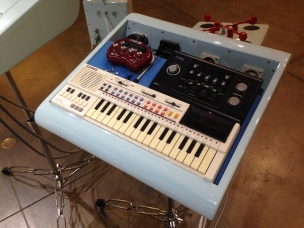 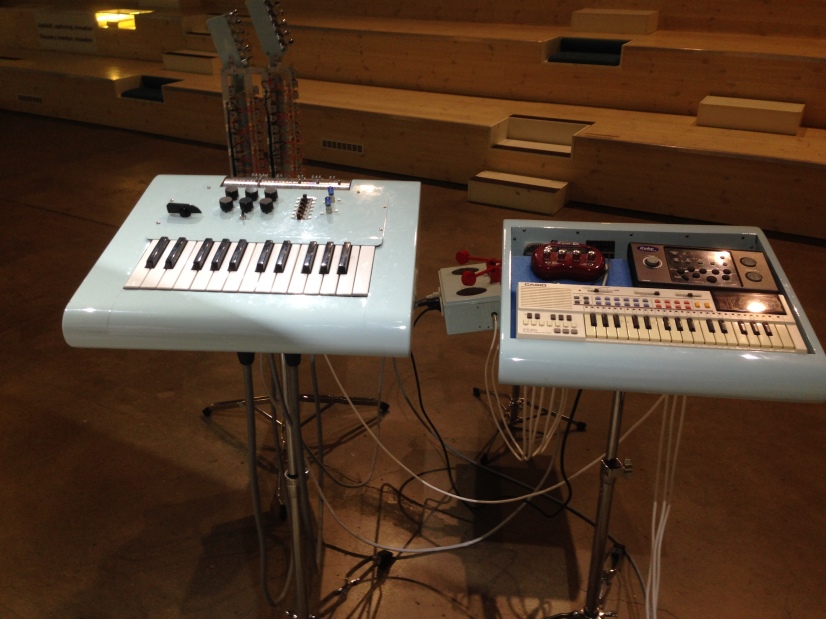 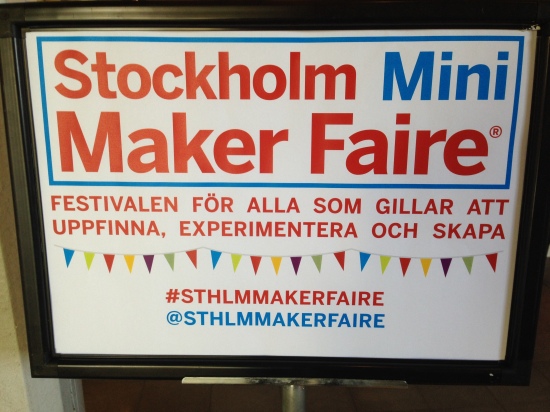 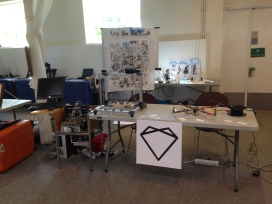 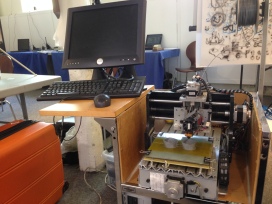 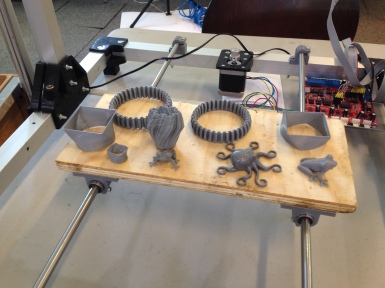 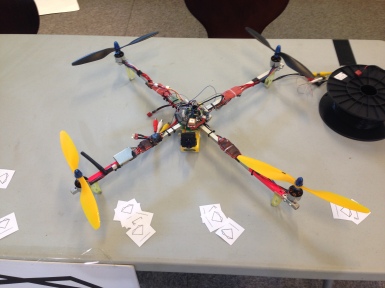 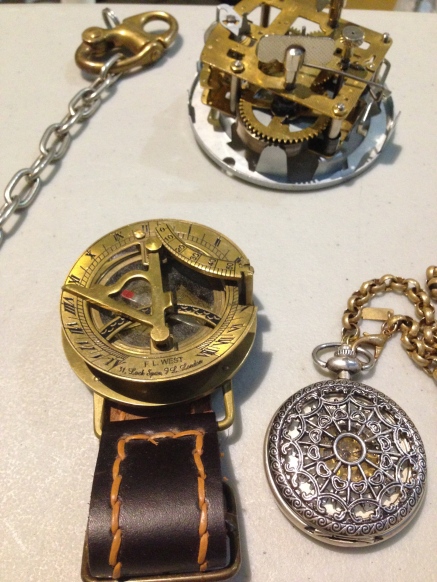 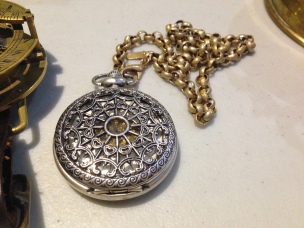 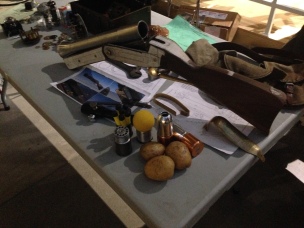 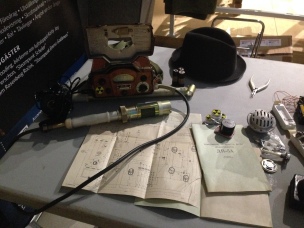 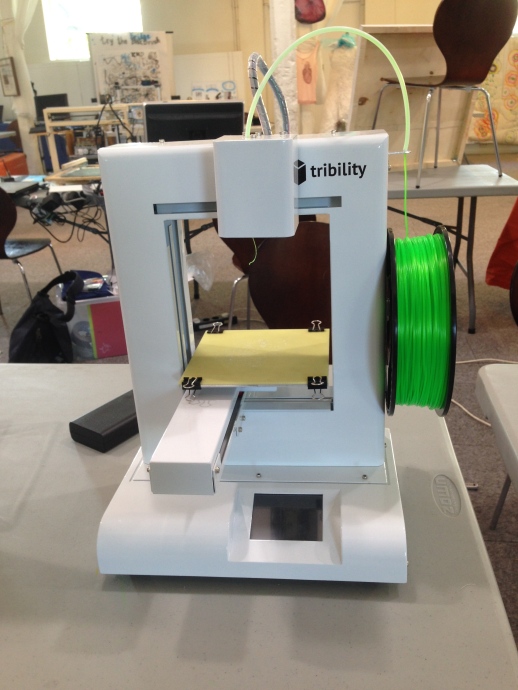 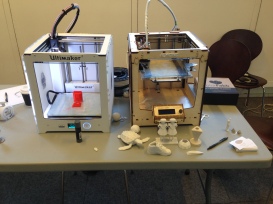 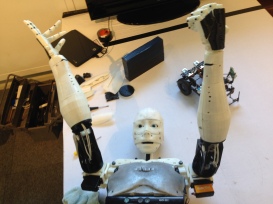 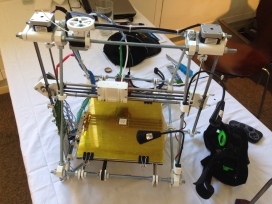 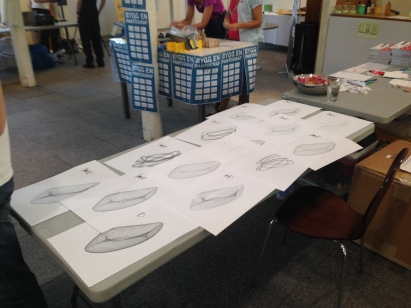 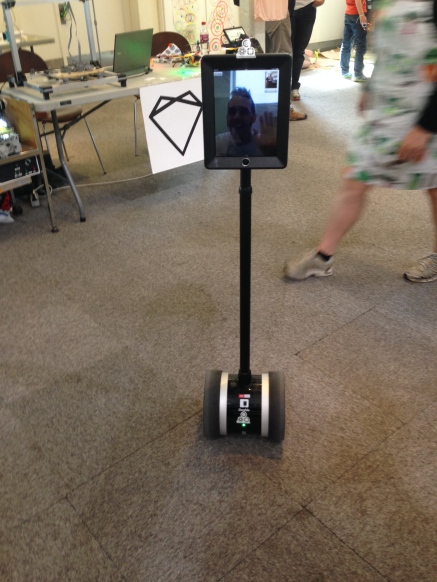 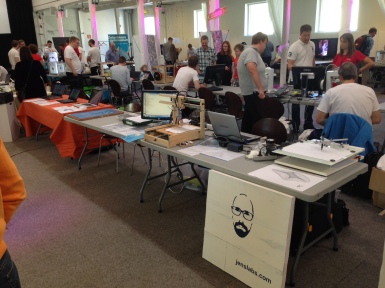 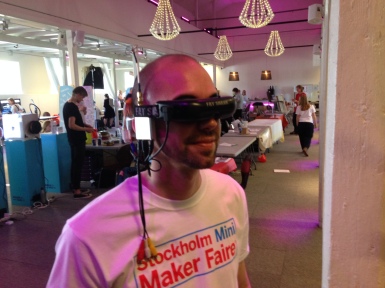