There are a bunch of different sensors out there, based on price and sensitivity I have chosen to buy two different sensors the TGS822 from Figaro sensors and the MQ-3 from HANWEI ELETRONICS. If i wasn’t on a budget I would also have ordered a WSP2110 –  air polution detection since I believe that a combination with on of the TGS882 or MQ-3 with the WSP2110 could be a good match where the WSP2110 is has a sensitivity range between 1-50 ppm and the other two has a range between 10-1000 ppm. So the combined result of both could give us a more granular scale at lower concentration levels. 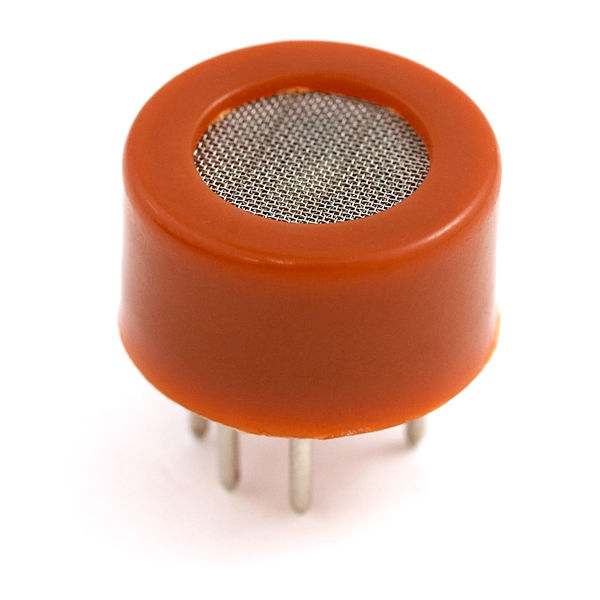 MQ-3 – Alcohol Gas Sensor, is also a SnO2 sensor so it should have similar detection abilities as the TGS822 but acetone is not mentioned in the data sheet. According to one manufacturer this sensor has a detection range between 10-1000 ppm for alcohol and then about the same apply for acetone.

MQ303A – Alcohol Gas Sensor, is essentially the same sensor as the MQ-3 however it works on a lower voltage. One serious disadvantage with this one is that a manufacturer states that the sensitivity of this sensor is 20-1000 ppm.

WSP2110 –  air polution detection, this sensor has a different ceramic substrate of subminiature Al2O instead of th SnO2 used in the other sensors and is more sensitive but also has a smaller detection range then the others, 1-50 ppm. it is also a lot more expensive as the other sensors.

ME3A – C2H5OH – This sensor works with a completely different type of chemical process.

It seems to be very sensitive and detects between 0-1.000mg/L alcohol per liter, however it also have a price of /piece. Since this sensor works with a completely different technique I am not even sure if it detects acetone as well as ethanol and it is also way to expensive so just forget about this one.